As of this writing, it’s November. That means that the holidays are literally right around the corner. There’s nothing like spending special days with the people you care about most. If you’re like most people, the holidays tend to revolve around eating. That’s fine, (nothing brings friends and family together like a great meal) but it can leave you with more extra pounds than you’d like. Many of us resolve at New Year’s to lose weight. However, even if you work out hard and eat right, you may not actually lose the weight you want to. That’s where our liposuction HD in Los Angeles comes into play. We’ll explain what it is in the below paragraph, as well as why we use a special liposuction that’s different from what you may have experienced previously.

When HD TV became popular, it had one advantage over other kinds of TV: clarity. You could see everything so much clearer. After watching movies and sports with an unheard of kind of clarity, no one wanted to go back to the old standard definition. The same thing goes for our liposuction in Los Angeles. This high def liposuction provides great clarity in terms of allowing the surgeon to pinpoint where to get the fat out of your body. Previous forms of liposuction could absolute target specific parts of the body, but not like this, not with this kind of precision and detail. That’s just one way that our liposuction is so effective. 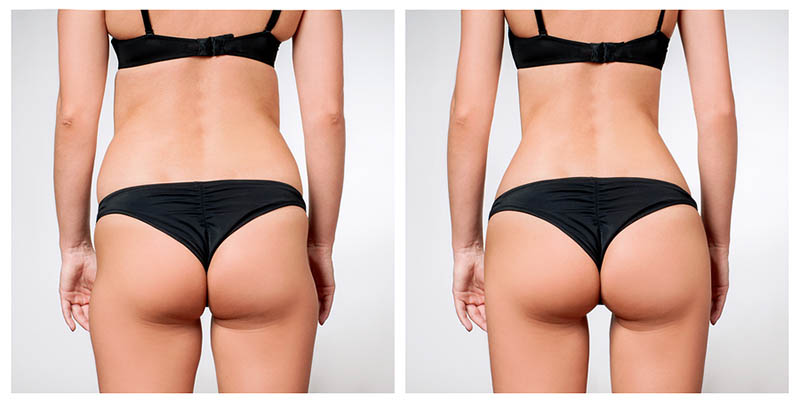 Ultrasound for Your Body

This may be an odd question to ask in a blog written for an audience predominantly in southern California, but have you ever tried to shovel ice? For many people who live in the east (particularly during the winter) ice can freeze on the ground. This can be particularly dangerous when it happens on a road, driveway, stairwell, or anywhere else where people or vehicles need to maintain traction. Of course, if you’ve ever tried to shovel ice out of your driveway, you know how difficult that can be. The ice is too hard. Sure, you can bang away at it a bit to crack it, but that takes a lot of effort. Truthfully, if you go at it too hard, you may damage your driveway. Ultimately, many just wait until the ice thaws a bit. Then, it’s easy to remove the more liquefied form.

The above paragraph is exactly how our Vaser liposuction works. Instead of trying to get your fat out of your body as is, instead our Vaser actually uses ultrasound technology to liquefy it a bit. The technology makes it a more liquid form. Then, once it’s softer and more liquid, we remove it. It removes so much easier, just like the thawing ice from the driveway in the analogy above. By that same token, as you might imagine, this process is so much gently on your body, too. Since we started Vaser, we’ve noticed how much less patients are bruising or even bleeding after the process. You shouldn’t have to suffer just to have the fat you want removed from your body.

There have been many movies and TV shows about someone becoming magically thinner. That doesn’t really happen in real life. However, liposuction does work remarkably quickly. When we complete your HD liposuction, your body will be in a better, more pleasing shape. You’ll be amazed at how much thinner you are. Then, it’s time for you to recover.  It takes a bit for your body to see the final, most amazing results from the liposuction. On average, it takes our patients four to six months to see the true extent of what the liposuction has done. That may sound like a long period of time, but compare it to how long it would take to get into the shape that you want just dieting and going to the gym. Since there’s no guarantee that will lose you fat where you want to lose it, liposuction will always be faster.

For too many of us, there comes an age where we just think “OK, I’m not going to be thin anymore.” Even if we don’t say it subconsciously, there can be a feeling that a youthful look and feel is a thing of the past; once captured and held but now lost forever. That doesn’t have to be the case, however. You can still look great. You can still look as good as you ever did. It just might take a bit of help from the professionals. That’s where we can come in. We can help you to have that figure you always wanted right back again. To set it up, give us a call at (888) 598-0620 or head to our site.